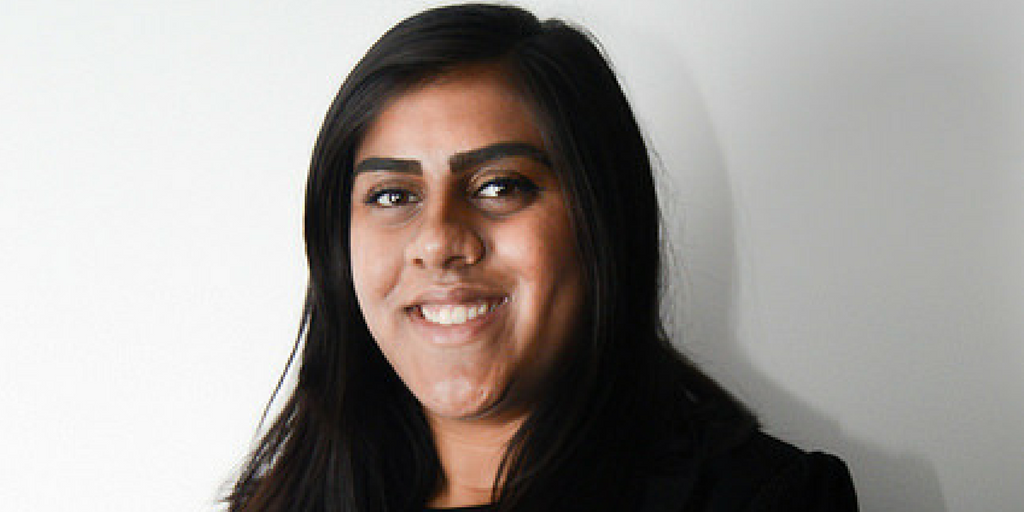 The first in her family to attend university, Aarti graduated in 2015 and decided to apply for the Civil Service, making it through several stages only to be unsuccessful at interview. Feeling knocked down and directionless for some time, she came to Making The Leap after hearing about the programme from her aunt, who works at a Job Centre. On her first day here, she thought it was exactly what she needed. It wasn’t without challenges: she had never felt confident speaking in front of people, but it was all made easier when she found herself quickly forming friendships with her group – something Aarti never expected to happen.

She noticed her confidence develop, and when Making The Leap took her workshop group to a top city firm for a day of mock interviews, Aarti shocked herself by not only going first, but receiving really positive feedback. Knowing she was more than capable, she used this new-found confidence when she interviewed again for the Civil Service. This time around, she was successful and was offered the role of Executive Officer. She’s incredibly happy about her new role and is excited to progress in her career.

‘I guess Making The Leap transformed my life because I’ve been through some difficult times in my life and I never really overcame them until I came here, because I lacked confidence and found it hard to interact with people. A lot of it is to do with self-belief and I never really had that before. My auntie said since I did the workshop I’ve been a lot more confident, now I get involved and I talk more. Others have commented that I’ve been handling situations better and I’m no longer afraid to voice my opinion.

I feel like I’ve come so far. With school I used to sit at the back. I never used to participate and I find it hard to make friends but I’m still friends with my workshop group and we sometimes meet up. I would say come to Making The Leap with an open mind and be open to everything that comes your way. Take all the help you can get because at the end you’ll be so grateful to where you’ve come because of the course.’