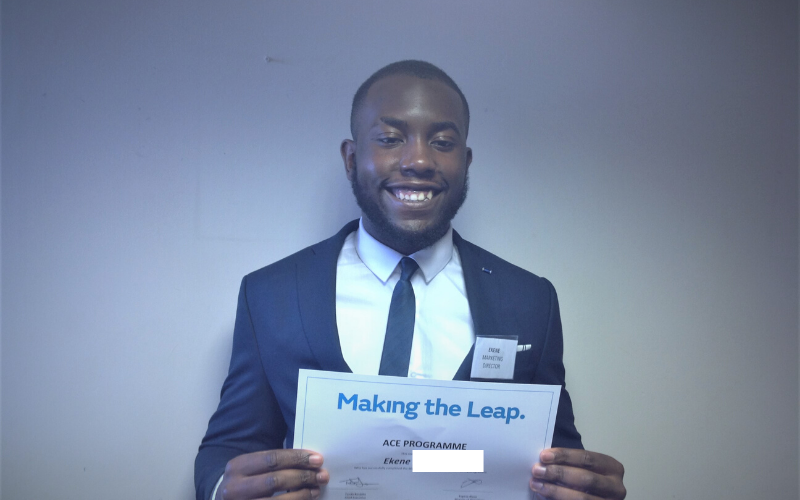 My name is Ekene and I am a Legal Intern at Kingfisher PLC. I was raised in Ireland and came to London for the purpose of obtaining my undergraduate Law degree in 2013. Growing up, I always achieved below average grades and never was academically gifted. It was with my mother’s help I manged to attend university through clearing, as most universities in Ireland would not accept me. During my time at university, I worked hard to achieve the best grades I could and with God’s help, I graduated from the University of West London in 2018 with a Second-Class honours degree.

However, the issue I faced, after having graduated, was that I had barely any legal experience. I also found myself lacking the skills needed to excel in an interview for a top-class job. This led to multiple failed attempts in my efforts of landing a job. Due to being unsuccessful, I ended up working at a hotel as a full-time night-receptionist. This was incredibly difficult as the occupation was completely different from my degree.

Fast-forward two years later, I managed to run into an old university friend, who happened to be a graduate from Making the Leap’s ACE Programme. I told him how I was struggling to find Law Firms that would employ me. That was when he mentioned the work that Making the Leap do. He felt that it would be very beneficial for me. So, I decided to attend the Social Mobility Careers Fair that took place on the 26th September 2019. I was thoroughly impressed and overwhelmed by how supportive all the Making the Leap staff were. At the end of the day, I spoke to Jamal – one of the Engagement Officers at Making the Leap – and he told me about the three-week program.

The issue was that I was working during the night, so I would have to attend straight after work, which was what I did. I thoroughly enjoyed the sessions held by Krupa, Marlene, and the rest of the team. They taught me the importance of effective communication, how to have more confidence during interviews and how important it is to be punctual to stand out to employers. The fact that we were given the opportunity to visit organisations that offered insight into a variety of industries was invaluable. After the program ended, the team helped me greatly with job applications and effective interview techniques – which paid off, as I landed a position at Kingfisher PLC. This role has changed my life and taught me how to conduct myself in the corporate world. The contract I was offered was only for three-months. However, due to impressing my managers, the contract was extended for a further three more months.

I would advise anyone looking to develop the skills to land a job to join Making the Leap. They offer life changing services and genuinely care about their students. My hope is that they receive more funding to carry on the excellent job they are doing, supporting young people like me in their journeys to great careers. In conclusion, my focus is now to work my way to becoming a paralegal and developing my skills in the Legal field. 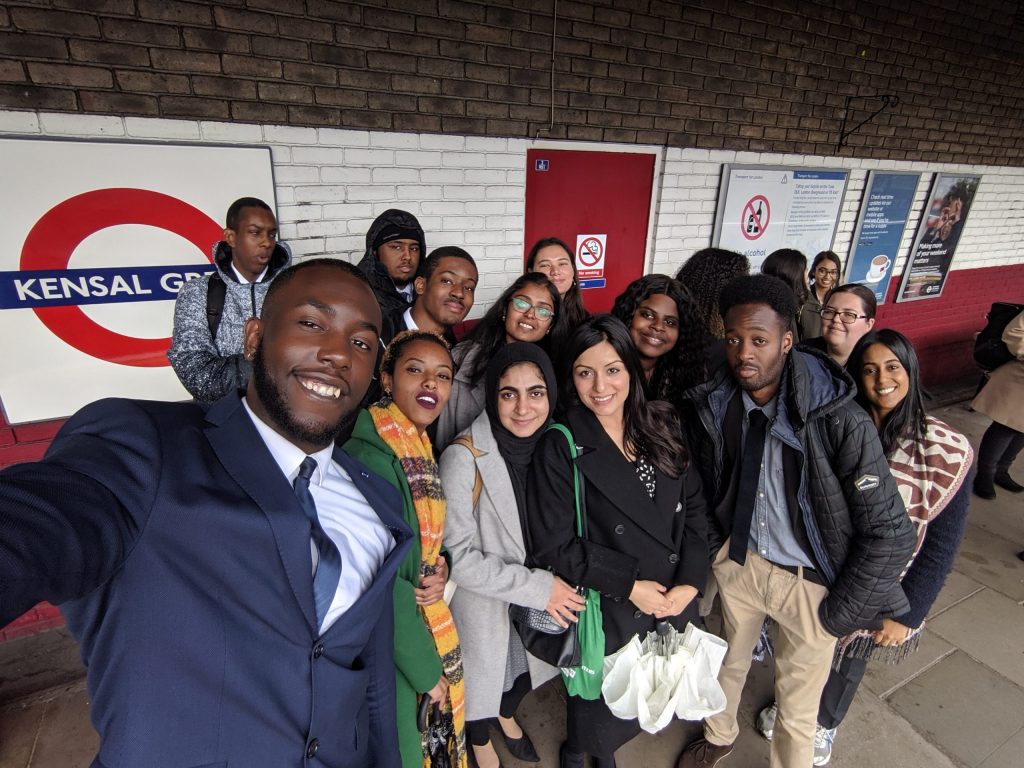 Ekene and some of his fellow Alumni on their way to corporate experience day.