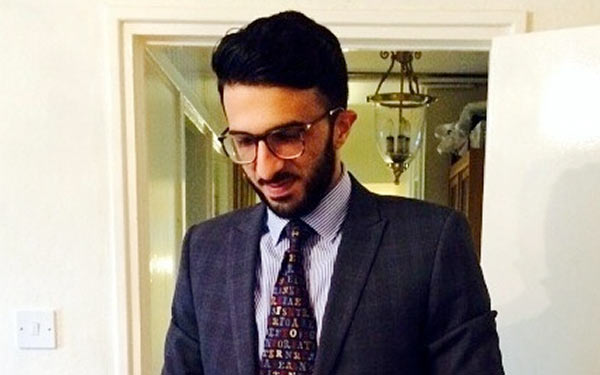 Mo, 23, grew up in a central London estate as the youngest of four children – yet he often felt like the oldest because he took on a lot of responsibilities. Though he experienced some difficult circumstances growing up, he really enjoyed school and decided to go to uni as he was unsure what career he wanted. All he knew was that he wanted to be successful so he could provide a better life for his parents. After he graduated, he applied for roles at blue-chip companies but found it incredibly difficult to get through the initial stages.

Over time, he lost his confidence. He found out about MTL by the job centre and was asked to attend the two-week workshop for 16-25 year olds. After the workshop, he attended MTL’s corporate careers programme where he learned how to improve at psychometric tests and assessment centres, as well as how to present himself in a professional environment. He went for a couple of jobs at top firms and got through to final stage interviews, but he was unsuccessful. As a result of the coaching and mentoring from the MTL team, Mo persevered. He finally had the confidence and the motivation to get to where he wanted to be. He’s just been offered a position at a top bank where he’ll have fantastic opportunities to progress. With a combination of sheer determination and MTL’s support, Mo’s exactly where he wants to be.

‘It was a blessing to come to Making The Leap. They polish the skills you do have and make you learn new skills. They were hard on me, but when I saw I was improving, I wasn’t disheartened. The staff believed in my potential but I sometimes dropped the ball. We joked that it was like I was on the motorway and every time I get close to where I wanted to be, I’d take the exit out on to the A roads, which were much slower and longer, so I’d lose focus. The MTL team were like the road signs getting me back on the motorway, keeping me motivated. You learn that it does take a long time to get somewhere but you can do it.

Before I came to MTL, I went through a period where I wasn’t feeling myself. I knew where I wanted to be, but certain things affected me. When I came here, they saw past what was on paper. They mould you, make you feel confident in yourself again. When you feel confident, the world’s your oyster. I came here and I found my light again, I’m still finding it but it’s shining much more than before.’