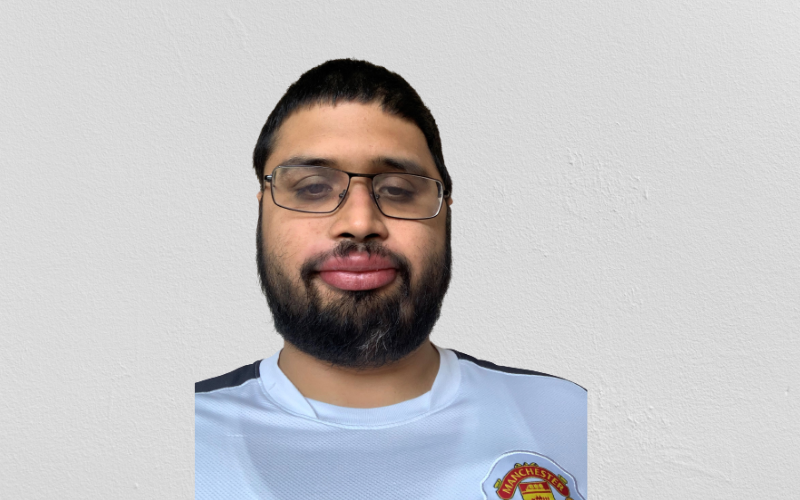 A success story in the style of a poem from Paraag, one of our Fellows who graduated in July 2020:

It was the summer of 2018 I thought I achieved my dream,

Where after seven years of struggle, I got my degree!!

An Accounting and Management BSc,

Although it seemed scary, I thought I’d come out on top,

And I couldn’t wait to see how many people wanted to give me a job!!

But how I got that wrong; what a smack to the gob,

I had to change my song. To be honest, I felt like I’d been robbed.

You see I thought a degree would get me employed no probs,

But nobody would even consider me like I was a yob!

That’s when the darkness all began to creep,

Back into my mind, violating my sleep,

It seemed the recent sanity I had gained; I wasn’t going to keep.

All I got were endless rejections; I wanted to weep!

I just wanted to curl up and cry in a pathetic heap,

That’s when my friend Meera recommended Making The Leap!

Trying to help young ones for free, that was better than cheap!

But I never expected MTL to transform me so incredibly.

I walked into the centre on the first day of the scheme,

And it was so silent there were barely any peeps!

This was not normal, but unfortunately,

I happened to start my scheme at the same time the world got COVID-19!!

But it was not over you see,

A few had turned up including Priya, Moye and Me!!

We had introductions to Natalie and Marlene,

But sadly, Krupa was nowhere to be seen,

That gave an insight into our abilities.

She gave us ideas to put us on the right track,

And told me that while I was there, I could not drink my Pepsi Max!!

I was full of arguments. I thought that was well wack,

And while my mind was darkening, I came up with a different line of attack,

I made a No Pepsi Plan, involving much premeditating,

After leaving the venue, the second day I was eagerly awaiting,

To go in spick span and clean, then I got a call from Marlene,

It was all cancelled, Wow, that was unbelievably deflating.

I tried to act cool, and pretend everything was fine,

All the momentum had gone, the heat had left the iron,

Then I saw the message about going online.

Bang boom; that sparked my curiosity,

We were using Zoom so everybody could see.

After that, it was a week of getting merry.

Every day the scheme had me obsessed, like Mariah Carey.

Getting a job started to seem less scary,

And they magically taught me things, like Employment Fairies,

And while all the stuff taught to me has helped improve me so clearly,

It was meeting the other candidates, that was really legendary.

To be fair; I still had a few worries and cares.

Until I had found a temporary position by Hunter Healthcare,

I was more than ecstatic about this to be fair.

I wanted to dance, sing and leap up from my chair,

Like an answer to a prayer, I was nearly in tears,

It looked like I was finally starting my career.

Let’s be clear; it won’t be all plain sailing,

But it made a big difference from the life I had been failing.

Instead of wailing, I was preaching about my future.

I had been bleeding dry, but MTL applied a suture,

And a stitch but for that I was game.

Because MTL gave me drive to change.

They made me more aware; they improved my sight.

Before I was always worried, but they made me feel alright.

I had no idea about employment procedures to be candid,

But hard work from my mentors has given me a greater understanding.

Instead of going with my life’s flow, I now planned it.

Stability, I had found it, I was much more aware.

But most importantly, it made me feel like somebody cares.

So, to be fair if anybody has these problems or has been where I have been.

If you need help in the darkness, I can recommend no better team.

If you need help without judgement, this is the scene.

If you need care and nourishment, this is your canteen.

MTL will push you all the way to reach your dreams.

There is nothing that is impossible with the help of Natalie, Krupa and Marlene.

Paraag and his fellow cohort.